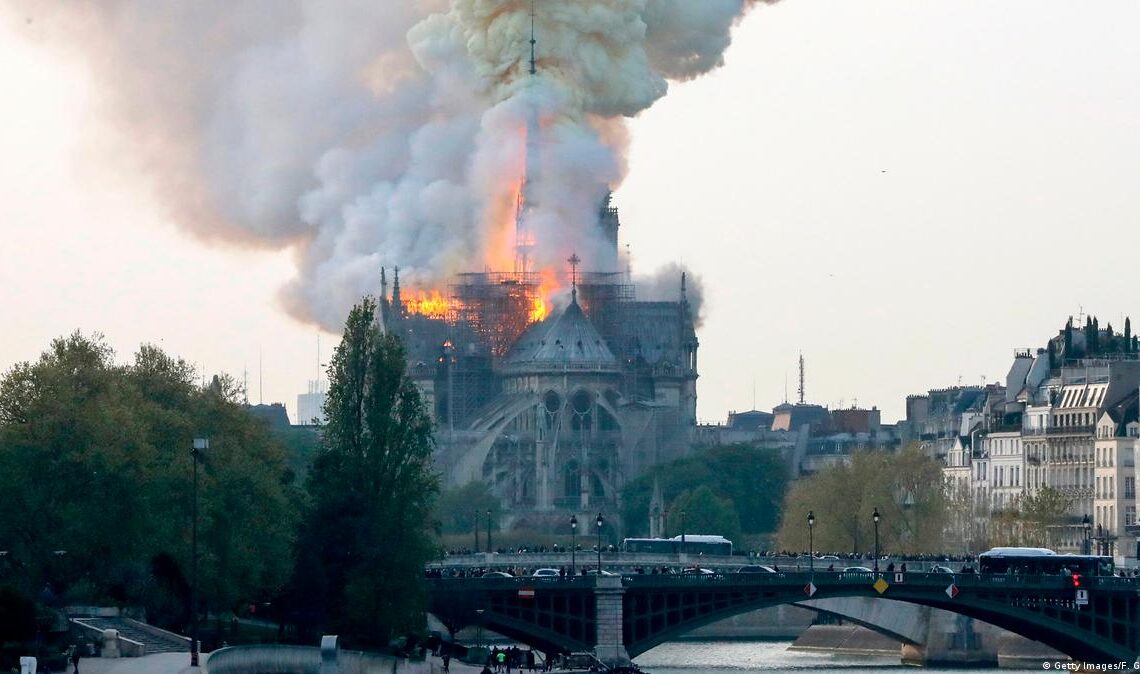 “We will rebuild Notre Dame even more beautifully and I want it to be completed in five years, we can do it,” Macron said in a television address to the nation.

Macron earlier declared that a fundraising effort would start on Tuesday and urged the world’s “greatest talents” to assist in rebuilding the cathedral, calling it “the epicentre of our life.”

On Wednesday morning, construction teams arrived on the scene with a sizable crane and wood planks, ready to start the reconstruction project.

Francois-Henri Pinault, a French billionaire and husband of the actress Salma Hayek, made an immediate donation of €100 million ($113 million) to “the effort necessary to completely rebuild Notre Dame.”

The money would be paid by the Pinault family’s investment company. Artemis, according to the CEO of the Kering group, which owns the Gucci and Yves Saint Laurent fashion houses.

Berlin’s support was pledged by the German Foreign Minister Heiko Maas, who noted that the fire “struck at the heart of all of Europe.

“We offer France the assistance it desires,” said Maas. “Specialists in Germany and France are already working together. All of Europe is with France today.”

“Just by seeing the images on TV, you know that it will not only take years to deal with the damage. That it’s going to take decades to deal with it,” said architect Peter Füssenich, who oversaw restoration work at Cologne’s Dom Cathedral.

Speaking to reporters outside the cathedral, Macron claimed that “the worst had been avoided” after firefighters were able to put out the fire after the spire collapsed and the wooden roof structure caught fire. Fortunately, it appeared that only a small portion of the vault had fallen into the interior, and firefighters were able to save priceless artefacts and relics.

The two rectangular towers at the facade of Notre Dame, along with the main building, were saved and preserved, according to Jean-Claude Gallet, chief of the Paris fire brigade. The fire department reported that the blaze had been completely put out on Tuesday morning.

The next step would be to determine whether the building was stable and how well the core structure had fared in the fire, Interior Ministry state secretary Laurent Nunez told French broadcaster BFM TV. To decide how to proceed most effectively, a group of architects and specialists will be gathered.

By Muhammad Usman
The excitement of growing your family can be overwhelming, and financial priorities are frequently…
END_OF_DOCUMENT_TOKEN_TO_BE_REPLACED
0
0
0
Share
Business

By Muhammad Usman
Are you struggling with NTN number registration? Then here is a complete guide for you. Visit…
END_OF_DOCUMENT_TOKEN_TO_BE_REPLACED
0
0
0
Share